The British tested atomic bombs with the assistance of the Australian government in the 1950’s. These include Totem 1 and Totem 2 sites at Emu field in South Australia. Additional tests were performed in Maralinga and a further 3 tests were performed at Monte Bello Islands off the coast of Western Australia. A Web site well worth checking out is http://www.goodall.com.au/photographs/emu-mustangs/emumustangs.html There are some great historical photos there. 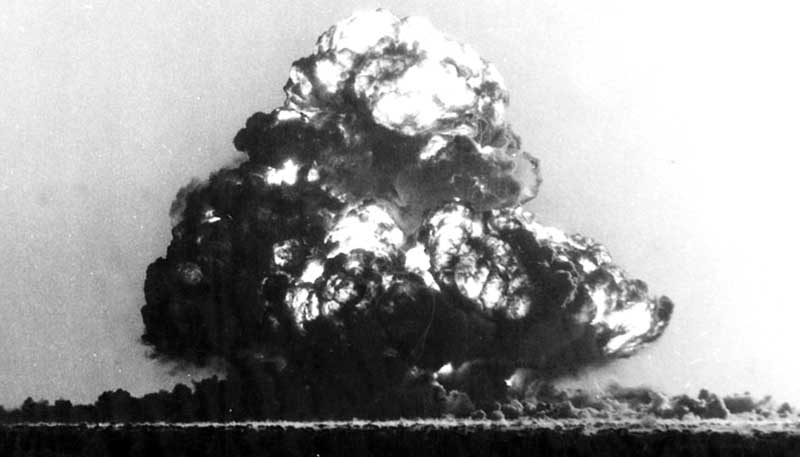 Awoke to overcast sky and low cloud at our little camp at Vokers Corner. Going outside it was cold, this must be a good day for driving. It was a later start today as we waited for canvas to dry on a couple of the campers.

Stopped to remember Coyley, a friend of Ross and Ailsa who sadly passed away, with toast on the side of the Anne Beadell Highway.

The Anne Beadell Highway started into the dunes in a proper way today. The track was sandy, but firm and the going was good. Saw a group of camels today which had been walking for many kilometres along the highway. Visited Totem 1 and 2, the sites of the British atomic bomb testing in 1953. This has always been a bucket list item for me and it was amazing to be able to tick this one off. Drove down the Emu airstrip before a Shower closed in on our location. Camped at Emu for the night. Here we had a great sunset to start the evening off with.

Low cloud greeted us this morning. First stop was the airstrip. As we had a controlled environment, it was time to face the 2 Amesz trucks. Ross and Ailsa were declared the winners with 4WDaus a close second. After a little fun it was off west, the track deteriorating from the excellent roads to emu from Coober Pedy. After a long day we camped at vokes hill.